*This post may contain affiliate links. By purchasing a product through an affiliate link on this site, I may earn a small commission at no extra cost to you, which helps keep this site running. Thank you so much for your support. Details here.

A single miscarriage increases the divorce rate by 22 percent.

The divorce rate in the United States is already nearly 50 percent. One in four women experiences a miscarriage in her lifetime. Now, not all those women are married, but still, chances are miscarriages are doing some damage to some relationships. One in 100 women experiences recurrent miscarriage. I am that one in 100, and while my husband and I nearly divorced after our first miscarriage– like, divorce papers filed– it seems we found the secrets to grieving miscarriage as a couple.

After our first miscarriage, I desperately wanted my husband to be my sole source of support. After all, he loved me the best of anyone in the world, and we had lost the same baby. I didn’t know anyone else who had had a miscarriage, and if I had even thought to consider that there were other people out there who could better support me, I had no idea where to find them. It made sense at the time for my husband and me to grieve our baby together, but it was detrimental to both of us.

The more I cried to my husband about our miscarriage, the more helpless he felt because he couldn’t fix it, and the more frustrated he became. His frustration came out as irritability and anger, making me feel isolated in my grief.

After some trial, error, and four miscarriages, my husband and I have figured out how to grieve in a way that fulfills both our needs and honors our gender-influenced grief processes.

Here are 6 things we did differently through our last two miscarriages that saved our marriage and kept us united, not divided:

This was the biggest thing we did differently through our third and fourth miscarriages and possibly the most helpful.

It sounds counterintuitive, but after learning and accepting that men and women grieve differently, we took it a step further: we encouraged each other to grieve separately. My husband’s style of grieving is doing and distractions. My style is reflecting and expressing. These two styles were not conducive to one another, but we found a way to make it work.

During the day, my husband went to work while I messaged with friends, most of whom had also experienced a miscarriage. In the evening, we would play Scrabble and watch a show together. Every couple of days, I would initiate a conversation in which we could share where each of us was in our individual grief proceses.

Knowing that he was somewhere–anywhere— in the grief process let me know he was thinking of our baby somehow. It helped me to know he cared about our baby, and it helped him that he was able to compartmentalize his day by keeping this particular conversation separate from his work and our time together.

What You Need to Know about Your 4-Week Miscarriage

2. I talked it out with my friends first

I discussed the more complex, intimate thoughts and feelings with friends who understood what I was going through from a female perspective. Not only did they know perfectly how to respond, but it took the brunt of my grief off my husband’s shoulders. Instead of using my husband as a sounding board for every thought of grief that had entered my mind throughout the day, I was able to give him the less-emotionally charged, short version of my thoughts.

Because others cared for me throughout the day while my husband was at work, I was able to turn the focus to him once he returned home in the evening. Rather than assuming Anthony would best understand because we lost the same baby, then leaning on him as my sole source of comfort as I had in the past, I invited others to help us carry our burden.

Spouses are not meant to be each other’s sole source of support. The same is true through grief.

3. He invited me into his distractions

Anthony would invite me to come alongside him in his grief by asking, “Hey, would you like to distract yourself with some Scrabble?”

His wording let me know he was grieving without having to vulnerably say so. He framed it in a way that made it sound like the distraction was for me, when actually it was for him. The simple act of playing Scrabble gave me an opportunity to meet him where he was in his grief. It helped me shift my focus from my grief to how I could serve him in his. Plus, as it turns out, I’m not too bad at Scrabble!

We would stay up late and play Scrabble while watching a light-hearted show together like The Voice. This was not our typical routine and was very much a part of the grief process. Those game nights became sacred times of connecting and supporting each other with actions rather than words, which I knew by then was exactly what he needed. Sometimes during the day, while our boys were napping, we would do a puzzle together.

While distractions are not my own usual coping mechanism, I did find it helpful in the trudges of grief. We laughed with each other and teased each other. We created for each other a mental escape rather than creating an emotional environment in which we needed to escape each other, as we did in the past. In sharing this time together, I felt connected to him. We were united in navigating our grief, and the weight of the grief was on the board game or the puzzle rather than on either one of us.

This is generally what guys like to do, and that can be an issue when women just want to be heard, validated, and comforted through an unfixable situation. They want to fix things. They want to take the pain away. This is a sweet motivation but can come off the wrong way. It can come off as dismissive. While my husband couldn’t fix my grief, he found a clever alternative: he served me. He periodically asked, “what can I do for you?” Sometimes it was a foot rub or giving me time and space to write or take a nap. Sometimes it was getting me something to eat or filling up my water bottle. Sometimes it was just to sit next to me and watch a show.

My husband couldn’t take my pain away, but he could do something. This only made him feel useful, but served as a distraction to him, which he also found helpful.

Here is another common male instinct. While he couldn’t protect me from the direct cause of my pain, he was able to protect me from further unnecessary pain by advocating for me with friends and medical workers.

He told friends when we couldn’t make it to an event because of what we were dealing with. He kept them updated and requested prayers.

Before my first post-miscarriage appointment (after our third pregnancy loss), we discussed what exactly I wanted, such as printouts of the ultrasound from our previous appointment (our first prenatal appointment for that pregnancy), receiving the ultrasound results from the midwife instead of the doctor, and my desire to learn the gender of our baby through testing if possible.

I actually did manage to muster up the courage to request ultrasound printouts and to skip the doctor, but I felt silly asking if the gestational sac I had passed two days prior could be tested for gender. Still, I wanted to know as much about our baby as I could, and my husband was very understanding and supportive of that.

Knowing before the appointment that I wanted to ask this question and that I felt silly about it, he waited until the midwife had left our exam room momentarily (she had to ask if we could even have the 2-day-old remains tested in the first place.) Then he stepped into the hallway and asked the midwife about the possibility of testing for gender. This way, I didn’t even have to hear the question, and I didn’t have to hear the immediate reaction or answer from the midwife. I didn’t even have to ask him to do this, which was an even bigger gift.

Other hard things my husband spared me from were executing the cremation I wanted for our baby’s remains, mailing out some of the ashes to have a piece of keepsake jewelry made, and purchasing the memory box and angel figurine we chose from Hallmark because I feared the cashier would ask about them, and I wasn’t ready to share.

Related: Sometimes Love Gets It Wrong

My husband had this idea that we had to alternate being strong. Someone had to stand guard. If I was spending all our time together crying on his shoulder, it didn’t create a safe space for him to let his own guard down. In his mind, that meant he had to be the strong one all the time, which became burdensome for him.

It can be tempting for a woman experiencing a miscarriage to want the focus to be on her grief and physical suffering. I am totally guilty of this. It’s understandable because women do physically endure miscarriages and also tend to be more emotional, even without all the messed up hormones!

My husband, on the other hand, is not very forthcoming with his emotions. By asking him how he was doing, I took from him the hard work of first having to realize and admit he was hurting, leaving more space for him to express how he was hurting. Checking in on him indirectly communicated to him that I was feeling composed enough in that moment to listen to his feelings and that he could let his guard down. In those moments, I was the “strong one,” which felt good for both of us.

Knowing my husband was grieving the life we created together made me feel loved, validated, and connected to him. How could I know he was grieving if I didn’t give him a turn to express that? Regularly asking where he was in his grief and if there was something he needed from me became a powerful opportunity for this shared, traumatic experience to unite rather than divide.

How well have you and your partner coped through miscarriage? What worked for you, and what didn’t? 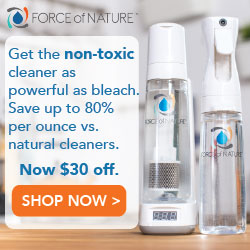 We use cookies to ensure that we give you the best experience on our website. If you continue to use this site we will assume that you are happy with it.I love cookiesNo cookies for mePrivacy policy